One of the most well-known scams, which pretty much everyone has heard of, is the pyramid scheme, or Ponzi scheme. Although they are well-known and easy to spot people still regularly fall victim to them and lose vast amounts of money.

The classic get rich quick scheme

How do people still fall for this kind of scam if everyone already knows about it? The problem is that Ponzi schemes offer the ability to “get rich quick” (often with very little effort), and the appeal is so strong that people convince themselves that it must be legitimate. These scams are usually perpetrated by people who are very charismatic and are able to convince their victims that it is not, in fact, a pyramid scheme, everything is on the up and up, it’s foolproof, and they’re going to get rich.

How do Ponzi and Pyramid schemes work?

Ponzi schemes and Pyramid schemes are somewhat alike in that both rely on constantly recruiting new investors (really, victims) to pay the promised profits to earlier investors. Where they differ is in how they are presented to the would-be investors.

A Ponzi scheme presents itself as a typical investment opportunity. The person selling it to you is usually evasive about how it works but promises you guaranteed returns for very little effort. You pay your initial investment, and the money rolls in, although you may find it difficult to withdraw your profits. A Ponzi scheme may not directly encourage you to recruit more people, but most people choose to, anyway. After all, if you found a simple way to get rich, and anyone could join, wouldn’t you want to tell your family and friends?

A pyramid scheme directly instructs you to recruit other people, because your money-making opportunity is tied to how many people are below you on the pyramid. Pyramid schemes take all kinds of forms, including multi-level marketing/direct sales companies, classic chain letters, and the “secret holiday swaps” that circulate social media, promising that you can send 7 presents and get 49 back. However, the idea works, the idea is that you get back more than you put in, because everyone below you in the pyramid passes money up to you.

Ponzi schemes and pyramid schemes both fall apart when they run out of new people to pay fresh money into the scheme. Because the money always flows upwards in these schemes, the early investors or people at the top of the pyramid have gotten rich, while the people in the middle and the newest victims lose everything they put in, and often lose friendships and family members because of anger over having been brought into the scheme.

How do I know if it’s real or not?

When trying to determine if a potential investment opportunity is actually a Pyramid scheme or Ponzi scheme, look for the following red flags:

-Promises that you’ll get rich quick, with little to no effort.

-Pressure to recruit others to the scheme.

-Evasiveness about how the investment works.

Be warned that this is a situation where doing research and looking for reviews may not help you. Ponzi schemes are so successful because they do great and appear to make people lots of money before it all comes tumbling down. Even high-profile, famous investment experts like Warren Buffett’s Berkshire Hathaway have fallen for Ponzi schemes.

What should I do?

If you are the victim of a Pyramid or Ponzi schemes, it may feel like your money is gone forever. You invested with hopes for the future, and now those hopes are gone. But don’t give up yet. Claim Justice is here to help you. We fight for justice against Ponzi schemes and other scams, and we may be able to get your money back.

Claim Justice has a team of professionals who have worked with cases like this for years. We have helped many Ponzi and pyramid scam victims get their scammed money back.

However, there are a few requirements. You will need to provide proof of the payment and proof of you contacting the company for a refund. We’ll also need copies of all communication between you and the scammers, and any documentation about the terms of the scheme would also be incredibly helpful for your case.

What is the chance of getting my money back?

With assistance from Claim Justice, your chances are very good. However, you must be patient. It might take time, it all depends on how difficult the case is. Scammers don’t want to give your money back, but Claim Justice will fight them for as long as needed, and keep you informed along the way. 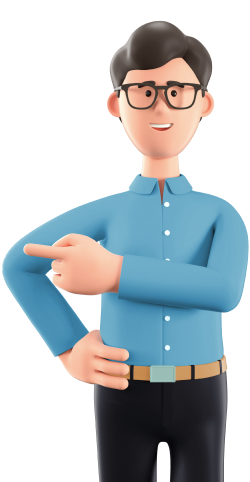 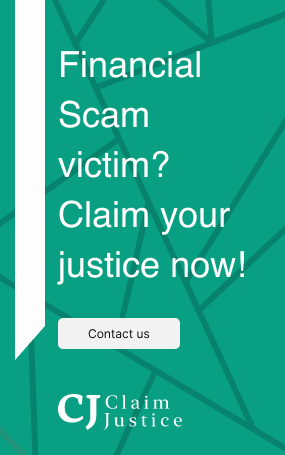